Start with Reflection and Brainstorming

Before you proceed, work through Steps 1 - 4 on the Starting Your Research guide.

For your capstone research, it will benefit you to do some reflection about your topic and what types of sources you are looking for before you go any further.

Example ENG Topic: How do the phobias and mental illnesses of characters in White Noise and Infinite Jest reflect the ‘dark side’ of late 20th-century American political dominance, consumer capitalism, and the rise of technology?

Sub-questions about the topic or other questions that will need to be addressed in the paper:

Learn more about specific mental illnesses and phobias. Research both the medical/neurological/psychological aspects and their representations in literature.

Where does each of the characters listed fit within the illnesses and phobias researched?

What types of sources are needed? What would be ‘good to have’? (List as many as possible, even if you're not sure whether they exist):

Who are the top scholars on these authors and what have they written? 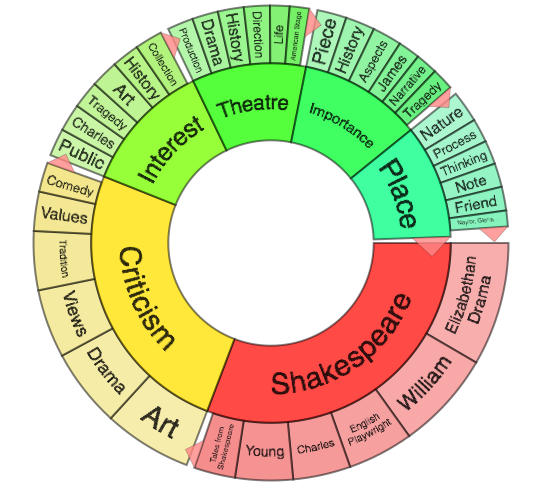 Exploratory Searching: Looking for background information in order to generate a list of topics, subtopics, questions, and keywords

Google: Ok to use at the very beginning of your research.  Check out these tips for a more effective Google search.

Credo: A collection of encyclopedias with background information on works, authors, characters, time periods, historical figures, and so much more!

Gale Literature Criticism Online: The Topic Finder can help you get a sense of what words, phrases, works, other topics, or subtopics are related to your topic.

WISE: You don't have to check out or read every book or article you find in WISE, but it will help you to get an idea of how much (or how little) is available on a topic.

When you have a firm grasp on the background information for your topic and a long list of possible search terms - it's time to see what the library has to offer! (Go ahead and check out the Library Resources tab on the left menu)