Q: How do I cite something in APA Style?

A: Alright, we’ll cover the basics and a few of the most common variations in the image below. If you’re citing something non-standard, you’re best off checking out the APA style guide, the Purdue OWL, or googling it (in that order)

If you are quoting or paraphrasing a source, you should also include the page that you are referencing. The citation should be immediately following the quote or paraphrase.

In APA you are welcome to introduce a source in the body of your text. This can be especially useful if you will be citing ideas in the text for several sentences.

According to Locke (1999), the Rocky Horror Picture Show amassed a cult following in part, because of how it confronted the idea of performance in everyday life (Locke, 1999).

If you are citing multiple sources in one sentence, join author-date citations with semicolons in the order that they would appear in your reference list.

If a work has less than five authors, list them all in the order they are listed on the paper. Use an & before the last author.

If a work has more than five authors, list the first author's name and then et al.

Bibliography Citations: (Hover over the image to learn more) 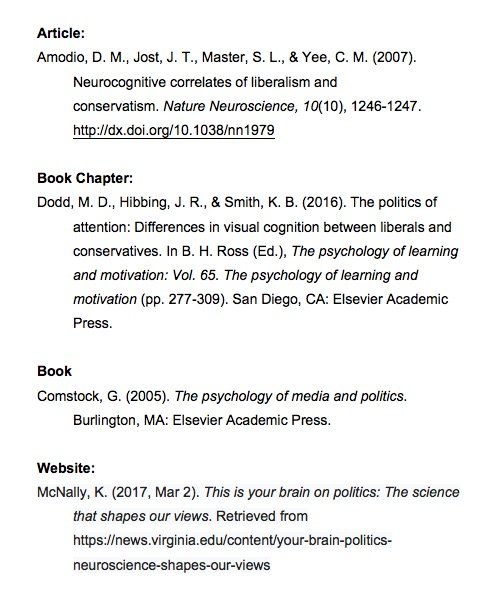 For individual research support or timely help with an issue, please email us at askmcgill@westminster.edu

For more general feedback please fill out this form. Your insight is valued as we try to meet your research needs!